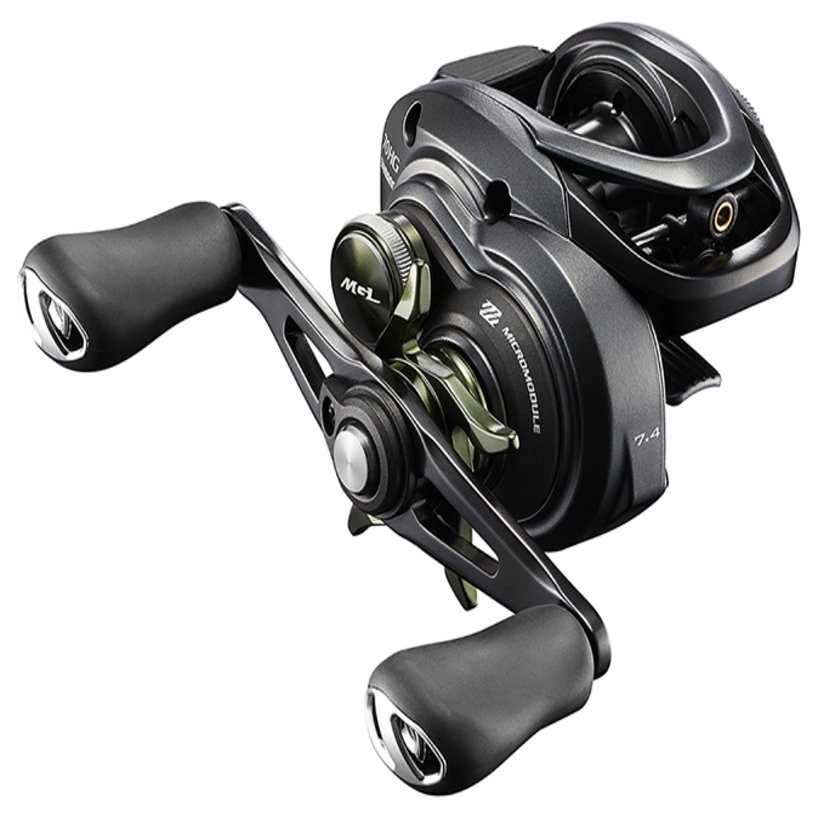 The Curado MGL 70 K is small in hand but large in durability, dependability & performance. The reel's lightweight MGL Spool requires less start-up energy due to decreased inertia and results in longer casts with reduced effort. This advanced feature allows the reel to excel for anglers fishing with finesses baits, such as handmade balsa baits, or lures that require light line for maximum fishability. The Curado MGL 70 K is a great reel choice for anglers pitching and flipping in tight cover when increased line capacity is not required. But anglers shouldn't be concerned about its compact size when fighting fish in close quarters or heavy cover, the Curado MGL 70 K is equipped with a Cross Carbon Drag to provide the needed stopping power against large fish. And just like the rest of the Curado family of reels, the versatile Curado MGL 70 K features MicroModule Gear for enhanced smoothness as well as a HAGANE Body for increased rigidity and durability for years of fishing performance.